Sliding modes in dynamical systems have been historically studied because of their strong robustness properties to uncertainty. In feedback control systems, this is achieved by employing nonlinear control signals to force the system trajectories to attain, in finite time, a motion along a surface in the state-space. During this constrained motion, the closed loop system possesses strong robustness properties to so-called matched uncertainty. This talk will describe some practical implementable controllers to achieve second-order sliding. Two different applications which exploit this robustness will be discussed: fault tolerant control; and autonomous exploration of an unknown 2D spatial phenomenon. The talk will include results from recent piloted flight tests of a sliding mode fault tolerant controller undertaken as part of the H2020/Japan collaborative project VISION. It will also describe sea trials of an autonomous marine surface vehicle whose heading is manipulated to explore the bathymetry of an unknown sea environment.

Christopher Edwards is Professor of Control Engineering in the College of Engineering, Mathematics and Physical Sciences at the University of Exeter, UK. He began his academic career in the department of Engineering at the University of Leicester as a Lecturer in 1996. He is currently chair of the IEEE technical committee on Variable Structure Systems, an associate editor for the IEEE Transactions on Automatic Control and a subject editor for the International Journal of Robust and Nonlinear Control. In 2006, Prof. Edwards was awarded a Royal Academy of Engineering Senior Research Fellowship. His current research interests are in sliding mode control and observation, and their application to fault detection and fault tolerant control problems. He is the author of over 400 refereed papers in these areas, and several books including: Sliding mode control: theory and applications (1998), and Fault Detection and Fault Tolerant Control using Sliding Modes (2011). In addition he recently co-edited the monograph Fault Tolerant Flight Control: a Benchmark Challenge (2010) based on GARTEUR AG16.

The lecture concerns the perception, planning and control issues in autonomous vehicles, such as self-driving cars.

We consider vehicles that achieve at least SAE Level 3 of autonomy, which requires to combine many algorithms and data processing modules into a coherent system that can safely drive the vehicle. In autonomous vehicles only the data-driven approaches are able to handle the uncertain, massive data in the perception modules, but on the other hand, we need provably safe action/motion planning and control modules.

Therefore, we focus on the problem of bridging the gap between the learning-based and probabilistic approaches used mostly in perception and state estimation in autonomous vehicles, and the more classic approaches applied in motion planning and control of the same systems. The lecture illustrates the modern approach to the design and development of systems in robotics, where recent methods, often taken from the area of artificial intelligence are applied, still adhering to the general principles that ensure a provably safe system. 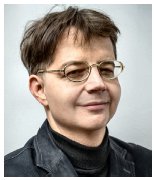 Piotr Skrzypczyński graduated from the Poznan University of Technology (PUT) in 1993. He received Ph.D. and D.Sc. degrees in Robotics from the same university in 1997 and 2007, respectively. Since 2010, he is an associate professor at the Institute of Robotics and Machine Intelligence of PUT, and head of the Robotics Division. He leads also the Mobile Robotics Laboratory at IRIM. Prof. Skrzypczyński is author or coauthor of more than 170 technical papers in the areas of robotics and computer science. His current research interests include autonomous mobile robots, navigation, localization and mapping, multisensor fusion, and AI in robotics.

Most countries have controlled the spread of the Covid-19 pandemic by reducing social interaction. This has drastically reduced their economic activity, and a legitimate question is "Is the cure worse than the disease?" In this presentation we show a methodology for answering this and related questions, and for assessing the appropriate policy. The problem is posed as a classical optimal control problem and solved numerically under various assumptions. We assume that no vaccine is available for one year, so that the control input is the severity of social regulation. The costs are a combination of economic damage and lives lost. Parameters are chosen to be plausible for the British case. The presentation will demonstrate how control theorists can contribute to the pandemic problem currently facing the whole world. It will introduce the standard model used in epidemiology, and discuss some variations. It will then show how the problem can be posed as an optimal control problem, and how it can be solved. A trade-off between economic damage and the number of deaths is obtained, and a surprising discontinuity is demonstrated. We consider the effects of introducing "test and trace" capability, and the effect of delay in introducing social restrictions. We also discuss how this approach should be modified for real-time policy making, and note some other work on Covid-19 by other Control researchers. 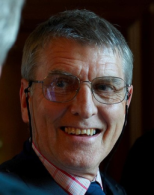 Jan Maciejowski graduated from Sussex University in 1971 with a B.Sc. degree in Automatic Control, and from Cambridge University in 1978 with a Ph.D. degree in Control Engineering. From 1971 to 1974 he was a Systems Engineer with Marconi Space and Defence Systems Ltd, working mostly on attitude control of spacecraft and high-altitude balloon platforms. He was a Professor of Control Engineering and a member of the Control Group at Cambridge University. He was also the President and a Fellow of Pembroke College, Cambridge. From 2009 to 2014 he was the Head of the Information Engineering Division. He was the President of the European Union Control Association from 2003 to 2005, and was President of the Institute of Measurement and Control for 2002. He is a Chartered Engineer and a Fellow of the Institution of Engineering and Technology (IET), the Institute of Electrical and Electronic Engineers (IEEE), the Institute of Measurement and Control (InstMC), and of the International Federation of Automatic Control (IFAC). He was a Distinguished Lecturer of the IEEE Control Systems Society from 2001 to 2007. He was a member of the IET's Policy Panel for Innovation and Emerging Technologies until 2011.